Return to the Desert 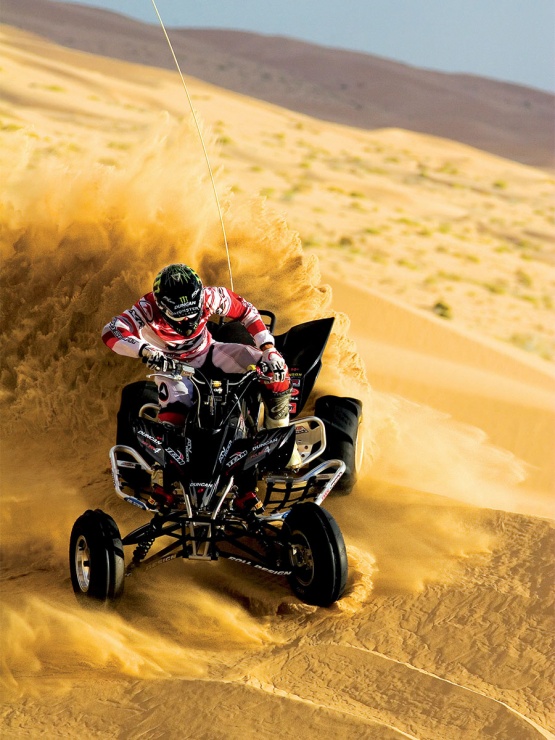 The first post-COVID racing event of the season was attended heartily by desert racers and fans alike. There was record participation in the Best in the Desert Silver State 300 amongst UTVS, cars/trucks and motorcycles/quads. The 300-mile point-to-point race through the desert took an exceptional amount of planning, due in part to the pandemic and a re-route because of a mid-race wildfire.

2020 King of the Hammers Trophy Truck champion Bryce Menzies earned a near-win. When the official results were posted after the race, Menzies was just three minutes shy of the winning spot, behind fellow racer Luke McMillin. Also, in a first for desert-racing, Menzies streamed the full race on his YouTube channel. Check out his channel for a recap.

Brad Lovell, another #TeamAMSOIL member, did not excel as well on the re-routed, wildfire striken course. He was still able to earn a respectable top ten spot before switching his focus to the new Ford Bronco release.

Hitting the Trails Once More

The Grand National Cross Country Series was a mere three races into the season before COVID required race postponement in the months of March and April. The Safe-to-Race Task Force was formed by organizers to determine potential risk of future races. Representatives across the racing industry lent their expertise and the task force also worked closely with local health officials and authorities to make a final choice.

Eight total rounds have been finished this season thus far, and the series is excited to resume racing in September after a several-month hiatus.

Returning to the Track

An eagerly awaited return to short-course racing in the Championship Off-Road Series kicked off on July 10–11 at ERX Motorpark in Elk River, Minn.. Drivers from the West Coast and Midwest series came together behind the pace truck, and the excitement from a series that was once led by the Johnny/CJ Greaves duo was palpable.

Tight action in the Pro 2wd class resulted in a win by Keegan Kincaid of #TeamAM Friday night and Kincaid also came in a close second on Saturday.

Kyle LeDuc excelled in the Pro 4×4 after transitioning over to the Midwest and taking the track by storm. LeDuc dominated both rounds of racing on the weekend, earning his impressive 100th and 101st wins. The elusive and enjoyable UTVs had the largest car counts of the whole weekend, showing that the title run this year is up for grabs.

If you want to watch all the race action, you can view the video here. Make sure you stay up-to-date our social channels for the latest news on the steps #TeamAMSOIL is taking to get back to racing. We’ll see you at the races!