Let’s take, for example, a chainsaw manufacturer recommendation of about 50:1 fuel/oil mix. This ratio means for every 50 parts of gas, you’ll need one part two-stroke oil. For example, if you’re mixing one gallon of fuel at a ratio of 50:1, you’ll add 2.6 ounces of two-stroke oil per gallon of gas.

Two-stroke engines get their lubrication from the oil that’s mixed into the gasoline directly, which differs from your car engine that lubricates by oil pump that draws from an oil sump.

Differing mix ratios can cause confusion

To make things even more confusing, some equipment manufacturers even recommend different ratios when it comes to chainsaw oil mix. The majority of modern chainsaws and other similar equipment, like leaf blowers and string trimmers, require 50:1, but some require 40:1 or 32:1. This is unfortunate for people who use many different types of equipment that require different mix ratios, as they require that you mix and store several cans of fuel. This is not only a hassle, but an invitation for mistakes.

Professionals like loggers or landscapers usually don’t run into issues with this type of problem because they replace their equipment fairly often, but there are still many homeowners who use equipment that doesrequire a rich fuel mixture. Things would be easier if all manufacturers had a standard recommendation for their mix ratio, but unfortunately this isn’t the case. Fortunately, we have an answer.

A two-stroke mix ratio for all

The AMSOIL SABER Professional Synthetic 2-Stroke Oil is proven and tested to mix ratios up to 100:1. This means you can make one mix of fuel and use it in any of your two-stroke equipment. There—problem solved! You can use 50:1, 80:1, you name it. We recommend 100:1 for the best value. 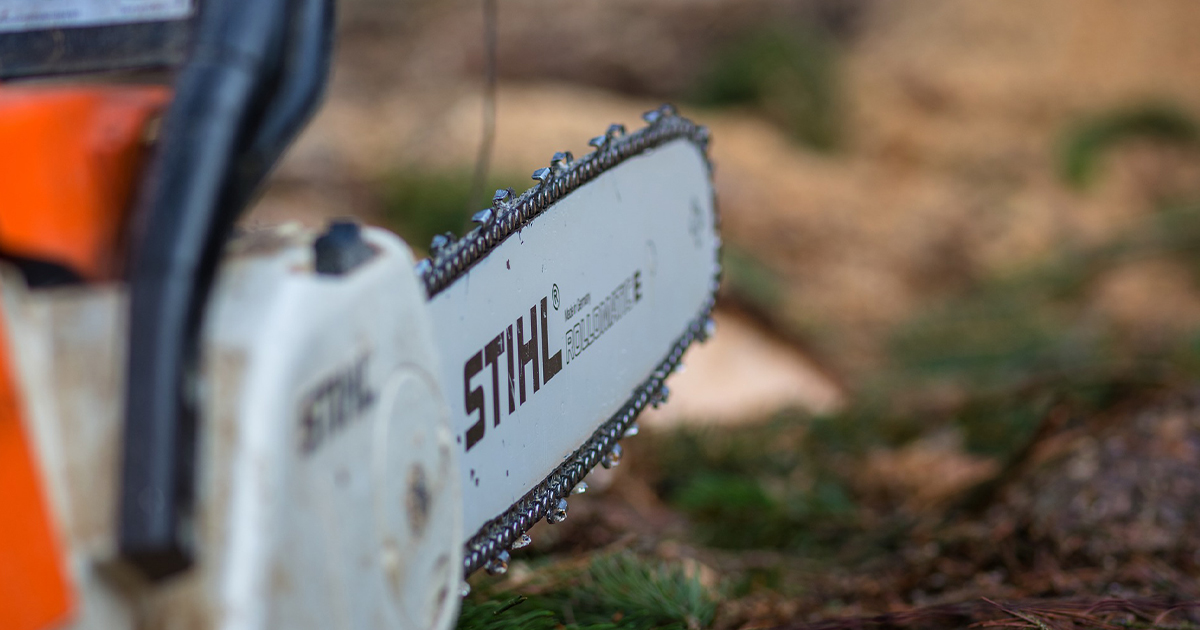 So what is the best 2-stroke oil for chainsaws?

We humbly think it’s AMSOIL SABER’s Professional Synthetic 2-Stroke Oil, but what about proof? SABER Professional provides improved cleanliness when mixed at 100:1 as compared with other oils when mixed at a standard 50:1 ratio. Spark-arrestor screens are still clean after 300 hours of use, as compared with a dirty screen after 45 hours of use with the leading oil brand. This screen is especially likely to form deposits because it’s in a heavy exhaust stream area with lots of deposits. This can cause hard starting, power loss and rough running.

SABER Professional fixes the issue solved by different chainsaw mix ratios, and also your trimmer or other two-stroke equipment. It provides exceptional protection at all mix ratios up to 100:1, and is proven to be one of the best two-stroke oils for your equipment.