A New Twist on an Old Problem 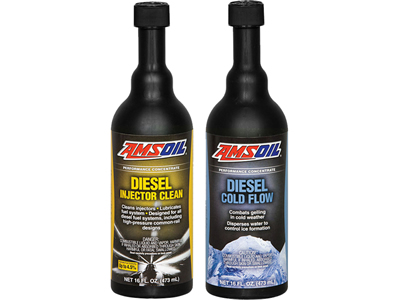 In the early 1990s, diesel engine manufacturers began seeking ways to increase fuel efficiency and reduce emissions without sacrificing power or torque. One answer was to redesign the fuel-delivery system. In 1993, Caterpillar introduced hydraulically actuated electronic unit injection (HEUI), which uses high-pressure oil to mechanically pressurize fuel inside the injector prior to it being injected into the combustion chamber. The resulting fuel injection pressures of up to 21,000-25,000 psi improved fuel economy and reduced emissions without affecting performance compared to mechanical injectors of the time.

High-pressure common-rail (HPCR) direct-fuel injection is the latest design development. Over the past 10 years, HPCR systems have slowly eroded use of HEUI systems, and now most major manufacturers use HPCR systems. The name "common rail" indicates all the injectors receive fuel from the same fuel rail, as opposed to individual lines for each injector. HPCR systems generate fuel pressures of 30,000 psi and above, atomizing the fuel into a fine mist prior to combustion. They allow manufacturers to build more powerful diesel engines while still satisfying tightening emissions regulations. A recent common-rail engine features piezoelectric injectors for multiple injections per cycle. This all means higher performance potential, increased low-end performance, improved fuel economy, reduced engine noise and significantly lower emissions.

In direct-injection diesel engines, the fuel and air are mixed in the combustion chamber and ignited using high-temperature compressed air. This arrangement improves combustion efficiency, but also increases the possibility of deposits forming on the injectors since they are exposed to the intense heat found in the combustion chamber. Deposits inherently form in the presence of increased temperatures and can negatively affect horsepower and fuel economy.

Deposits on the injector tips, known as nozzle coking, have been an issue for years. These conventional deposits form in and around nozzle holes through which the fuel passes, disrupting the spray pattern and reducing efficiency. In recent years, a new type of deposit has surfaced in HPCR fuel injectors. Known as internal diesel injector deposits, they do not form on the external tips of the injectors, but on the internal parts. HPCR injectors feature highly engineered components with tolerances as low as 1-3 microns (a human hair is 70-100 microns thick). Given the microscopic clearances, even minimal deposits can cause sticking in HPCR injectors, leading to poor engine performance, high maintenance costs and vehicle downtime.